Ballyrashane Co-op became the first dairy in Northern Ireland to build an anaerobic digestor. The 750kw facility came on stream in 2012. The purpose-built facility sits on a four acre site at the company’s existing farm premises near the current Ballyrashane production facility on the outskirts of Coleraine.
This plant utilises Anaerobic Digestion (AD) Tank Technology to produce renewable biogas from creamery wastes, energy crops and cattle slurry from local farms.

One of the core challenges identified for the project was the efficient storage of the energy crops, used as an integral part of the feedstock for the digestor. These include wholecrop silage and beet.

Moore Concrete came up with the required solution, which took the form of the company’s L shaped retaining wall system.

Ian Campbell, from Ballyrashane’s Energy team commented “Bunker Walls provide us with the total flexibility that we need in terms of making best use of the entire storage area at the digestor site,” he explained. 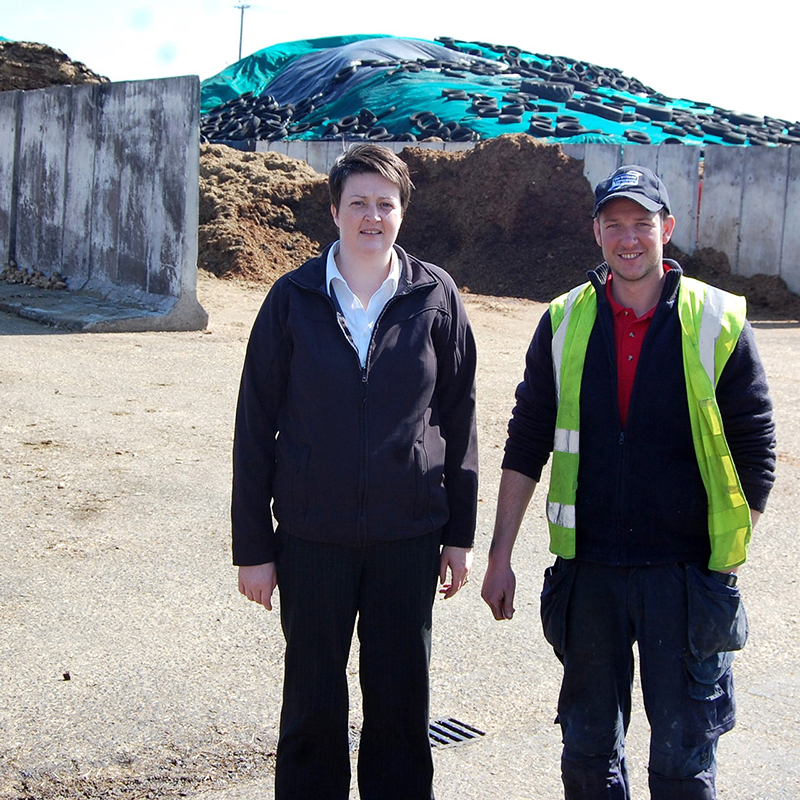