We supplied and fitted Prestressed Wall Panels to Ballymena Livestock Mart. These are for a new building which will be used to house sheep and pedigree cattle.

The extension to Ballymena Livestock Market, officially opened during August is proving to be a tremendous success, according to mart manager Sam McNabney. “The new facility contains pen space for up to 2,500 sheep,” he said. “In addition, all the animals can be kept under cover and it gives them the comfort they need while waiting to be sold. Prior to this, over flow sheep would have been penned outdoors, which is far from suitable. The new extension can also be used to pen cattle.”

Sam confirmed that the new extension has also been fully accredited as an export centre. “This is good news for the mart and local farmers wishing to export calves. The mart can hold our normal sales at the same time as calf sales, all the while other stock can still be delivered to our site.Our aim is to provide customers with the facilities they need to sell their stock in the most efficient way possible. Critically, this must include the provision of total comfort for stock.” 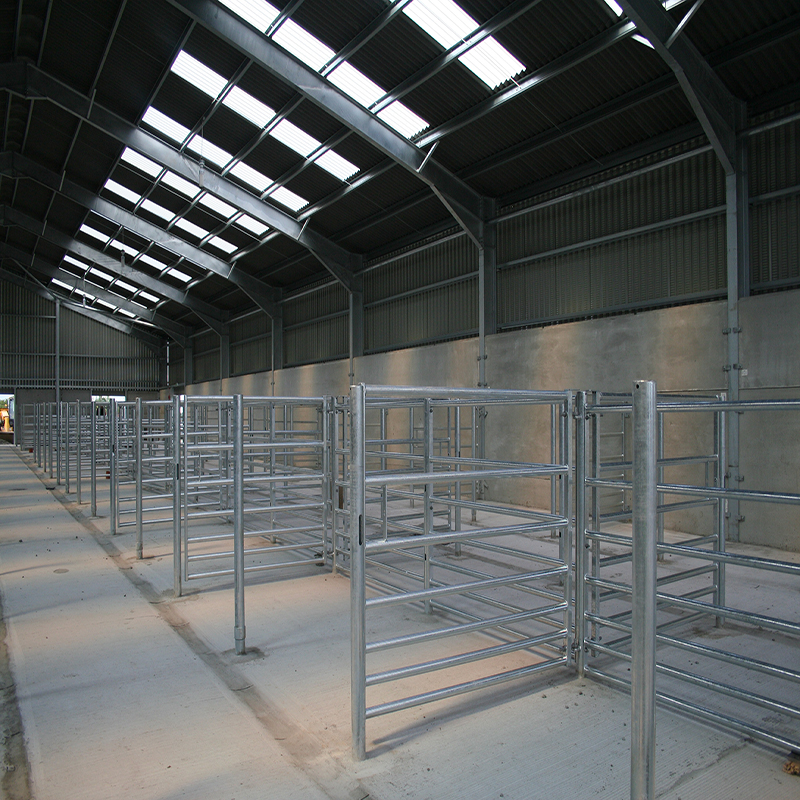 “We designed the new facility ourselves,” Sam explained. “In addition to the pen space provided, it also features new entry and exit points plus an animal flow system that ensures cattle and sheep are managed in the most effective way possible while on mart premises. We also used as many local suppliers as possible, when it came to the actual building project. A case in point is Moore Concrete, who supplied all of the 1000mm x 100mm Prestressed Wall Panels for the new building. The panels were fast and easy to install with the added benefit that no foundation was required. This saved us both time and money.”

Sam concluded:
“Livestock marts will continue to provide a critically important service at the very heart of the cattle and sheep sectors in Northern Ireland. Here at Ballymena we have committed to a significant investment, in the form of our extension. However, all the signs are extremely positive that this has been money well spent.”