New dairy enterprise gets off to a sure footing

New dairy enterprise gets off to a sure footing 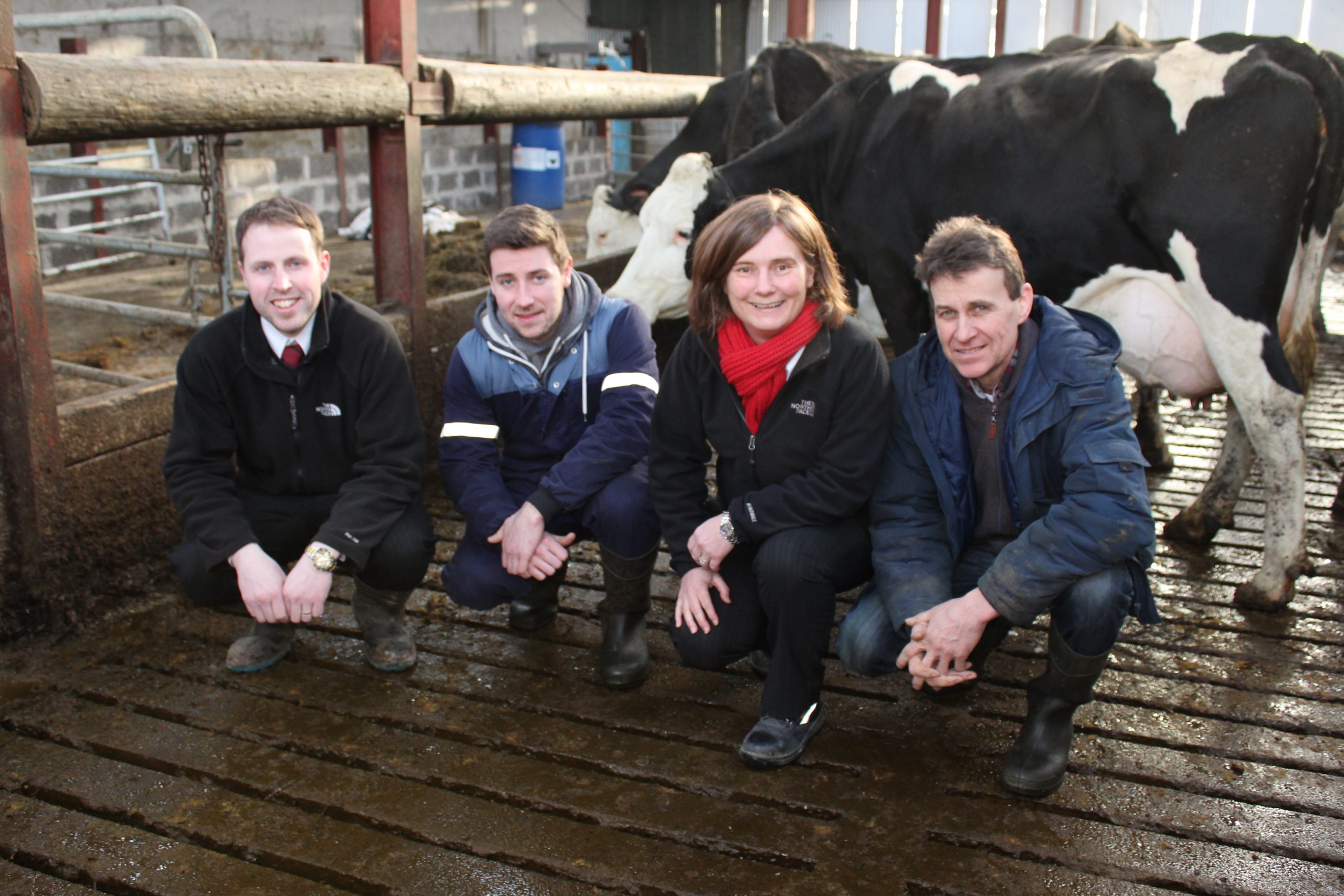 Father and son team Ken and Stefan Craig are new entrants to dairy. The decision to switch the focus of their Ballyclare farming operation from beef to milk was taken on the back of the potential for growth and sustainability which the new enterprise offered.

“Milk production gives us a real opportunity to maximise the potential of the farm,” said Ken.

“The logistics associated with the switch to the new enterprise were reasonably straightforward. The cheque generated by the sale of the last batches of finished cattle that left the farm were used to fund the purchase of the 70 dairy heifers and cows that we needed.

Just over a year into the new venture, the Craigs are happy to confirm that their plans are now falling into place.

“During their first lactation they averaged 9.000L with good butterfat and protein.”

“Ensuring that we had sufficient accommodation on the farm for the growing stock numbers was one of the fundamental investment decisions that we had to take during Year 1.

“As it turned out, there was a requirement for an additional 24 cow cubicle places on the farm.

“We addressed this issue by extending the existing cubicle house prior to the commencement of the current feeding season.”

The project entailed the construction of a new slatted tank on to which was added the walls and roof of the extension.

When it came to the floor cover on the tank, Ken and Stefan opted for the Surefoot™ slat range, from Moore Concrete.

“It was the obvious choice to make,” Ken explained.

“I did not want to have the cows injured as a result of slips or falls. And I am happy to confirm that we have not had one issue of this kind to deal with since the animals arrived well over a year ago.”

Research has shown that the nature of the floor surface will affect the degree of sure-footedness that an animal feels when either standing or walking on slats. This challenge has always been recognised by Moore Concrete: hence the development of the company’s Surefoot™ slat design.

“The slats are proving exceptionally popular with dairy and other livestock farmers throughout the UK,” Moore’s Jeff Haslett confirmed.

Jeff and his colleague Gail Service were recent visitors to the Craig farm.

According to Gail, Surefoot™ slats provide 50% more grip, when compared to a standard brushed slat surface. She added:

“It is great to speak to farmers such as Ken and Stefan and get their first-hand account of how Surefoot™ has led to a significant reduction in slip related injuries, providing cows with more confidence to exhibit their natural behaviours.

“As a result, feed intakes will increase, and bulling behaviour will become more noticeable. That means more milk and higher profit margins per cow. Overall we estimate investment in Surefoot™ provides an economic benefit of £60 per annum per cow”

Moore Concrete we delighted to be involved in 2 projects short listed by the prestigious Construction News Awards held at the Grosvenor House Hotel, Mayfair London on the 15th Sept 2021. Moore Concrete manufactured precast elements for both projects in collaboration with VolkerStevin. Fairhaven to Church Scar Coast Protection Scheme Health, Safety and Wellbeing Excellence […]

Ballymena-based precast concrete firm Moore Concrete continues to grow its team by appointing 6 new apprentices, bringing the company’s workforce to over 160. The appointments also mean that 11.4% of the firm’s workforce are apprentices. The announcement was made during NI Apprenticeship Week – a DfE initiative designed to raise the profile of apprenticeships across […]